There was support from the opposition parties but the motion was defeated by the block vote of the Tories. Most astonishing was the response from Tory councillor Fisher which was reported by the EDP in this accompanying article. 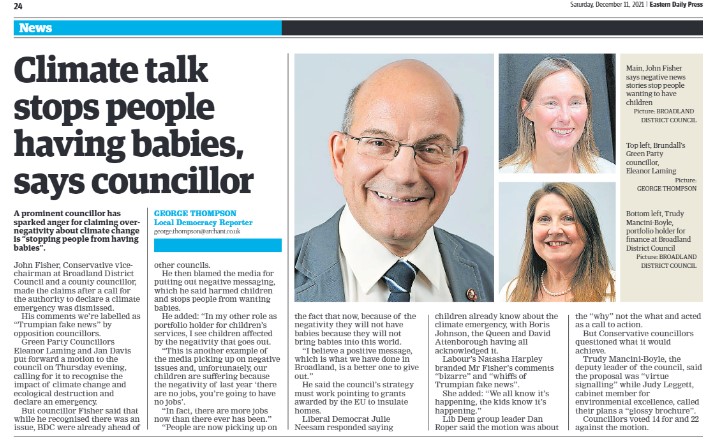